Bobby Ray Memorial Elementary School is named as a tribute to all veterans. Our namesake, David Robert 'Bobby' Ray, attended our school when it was a high school. After graduation, he enrolled at the University of Tennessee Knoxville before joining the military. He was killed at Phu Loc, Quang Nam Province in Vietnam on March 12, 1969. Because of his heroic efforts to save the lives of his fallen comrades while under heavy fire, Ray was awarded the Congressional Medal of Honor becoming the only Warren Countian ever to be so honored. 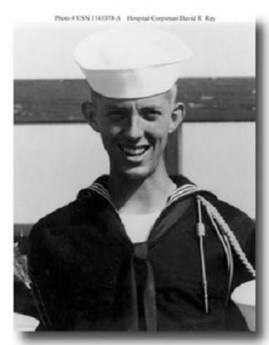 Bobby Ray Memorial is the home of the Stars. Our name is taken from the Medal of Honor that was posthumously awarded to Bobby Ray. The Medal of Honor consists of a five pointed bronze star attached to a light blue silk ribbon and is awarded to a recipient who has "distinguished himself conspicuously by gallantry and intrepidity at the risk of his life above and beyond the call of duty." *